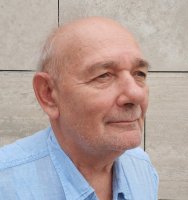 Tibor was involved from the start in his economist father's research on the potential of a self-regulating society. In 1979, he created the first mathematical model of the concept, which he later developed and named the Liska-model after his father's death. Since then, he has worked extensively on improving it further, e.g., between 1998 and 2018 at Corvinus University, where he also taught the Liska-model course.

In 1990, he founded Liska Works Enterprise Management Ltd. with his brother, and as a Hungarian IT pioneer, he was a research fellow at SZTAKI for 30 years. He is also an organizer of the unique LisKaLand busines